The opening of exhibitions by two very feminine artists, Lara Scolari and Jocelyn Moles was a resounding success. Lara spoke of her work in her inimitable style of waving her arms energetically while speaking brightly of female emotions and passions. Jocelyn also gave a floor talk although from a quieter perspective as is also shown in her work.

One artist is larger than life itself with abundant energy that pours out of her and into the bright bold energetic and large works on display, the other has developed her theme in tiny fragments of iconography and gilt that glow from gold frames in the smaller gallery - both are strong artists who have given a lot of thought to their respective works and painted from the well spring within.

There were over 60 people at the opening and many works were quickly sold on the night which is a testament to how valuable the insights of these two artists are. Some collectors were disappointed as their chosen works sold before they had a chance to get a red dot on them!

The night rolled on into the cafe next door and out into the sculpture garden. It was a heady night, successful for all. 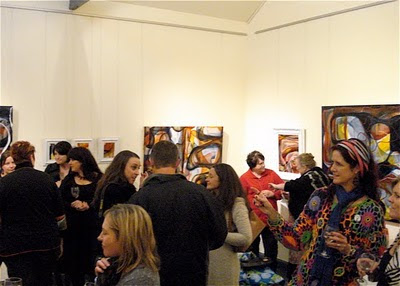 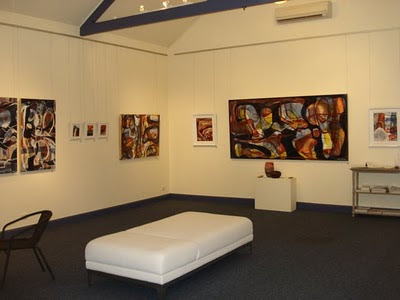 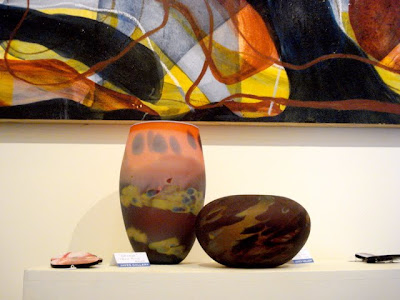 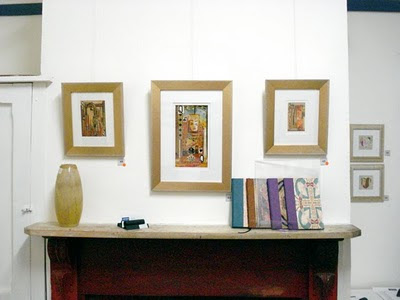