Either 'at home' or 'on the way', Jayes brings you 3 inspiring artists to ponder in April!

Jayes Gallery & Sculpture Gardens is delighted to be able to bring you three artists with works that will inspire you this Autumn.

Title: “On the Road of Home” 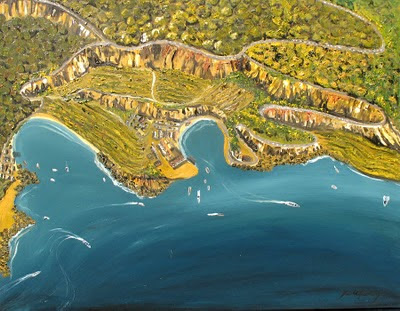 Nicole Parkins
Autumn is on it’s way and while the countryside gets painted in asounding colours right before our eyes, Jayes Gallery is pleased to be showing the works of Nicole Parkins, a newcomer t this region. For Nicole’s first solo show with us, she has painted a selection of small and delightful works inspired by her journeys in Tuscany. Nicole tells us that this regional reminds her of Tuscany with its rolling hills, vineyards, orchards and woodlands dotting the landscape.
Her works are colourful and joyful and we invite you to join us on Sunday 10 April at 2 pm for the opening of Nicole’s show.
Nicole says of her work “First stop on my first venture out of Australia was in the beautiful medieval village of Montecastello, Umbria, Italy. Many of the works on paper in this exhibition were completed while doing a residency in this little town on top of a hill surrounded by classic Italian countryside.  The town itself was gorgeous; rustic charm hugged every doorway, corner, or stone paved lane way.  From the 360 view around the town, white roads and rivers meandered through the countryside, which I frequently ventured out into on walks, gathering images in my mind to take home.  Later, on my return to my studio in Australia, I completed further studies and painted the canvas series.  My works are reflections on the many moods of myself, the changing landscape and the stories that it can create and tell.”

We are delighted to bring you a small selection of smoke fired pottery from well known potter, Marjo Carter. Marjo’s works are highly sought after and once again, she has excelled in the works in this collection. 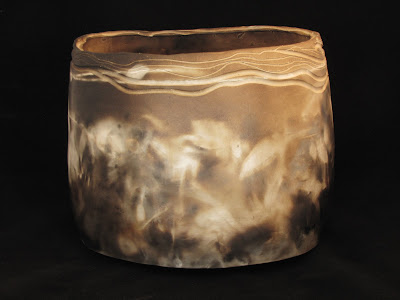 Josephine Jagger-Manners
In Gallery 2, Josephine's new exhibition "At Home" is aptly titled for whether inside or outside the home, Josephine's colourful and feminine works demonstrate the beauty of the 'everyday'. "At home" provides her with a continuing theme for her bright and decorative paintings, images that will continue to delight you for years to come with their cheerful outlook and clean, clears colours. 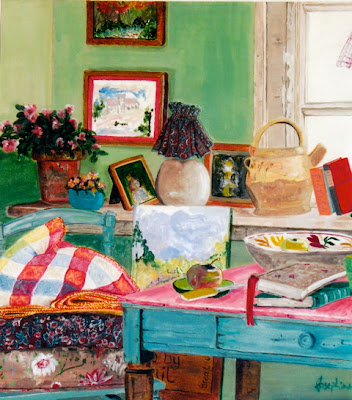 Posted by A note from the Director at 5:32 PM No comments: Links to this post

The opening of James Seymour's latest exhibition "Elephant tied to a stick" was well attended by friends and family as well as local art lovers. It was a balmy afternoon in Molong and everyone enjoyed themselves as they considered the artworks and talked to the artist. 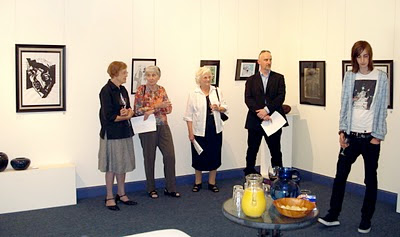 The gallery has also been thrilled with the number of people that have made their way during the first week of the show to see James' new works.
Recent months have seen a slowing of the art market however, Jayes is still proud to say that their sales are still happening albeit a little slower than last year this time but still good. 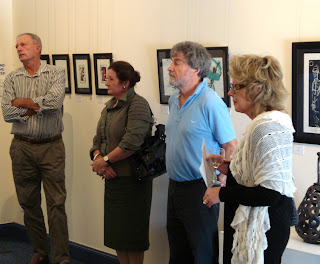 It is young and emerging artists such as James that appear to be holding steady during the first part of 2011. Jayes Gallery is proud to be able to bring this artist to Molong and the Central West for art lovers. Being a Bathurst artist currently studying at National Art School, James is just a t the beginning of a long and promising career. He is still affordable but watch this space, that isn't going to last for long!
During the coming months, Jayes Gallery will be bringing you other regional new and emerging artists that the gallery has selected as having promising careers ahead of them so why not mark your calendar now and join us as we celebrate with our artists in Sunday afternoon openings monthly!
Posted by A note from the Director at 5:22 PM No comments: Links to this post