Eris Fleming is a well known and much loved artist with his own particular style of humour. When one realizes that he is of Irish/French stock, we can understand where his perverse style comes from. His love of colour and ability to blend them with panache obviously comes from his French side, but the fun and laughter that his paintings evoke come from the Irish.
This upcoming exhibition will prove to be yet another delightful event and will both inform and provoke you with Eris’ stylish sense of humour and bright joyful paintings.
Eris Fleming tells us that he “was born at Inverell in 1943, the fifth son in a family of nine boys. His early years were spent on a farm outside Delungra in north western New South Wales. In this environment, rabbiting, horses, picking up dead wool, skinning snakes and shanghais were serious ways to get through the day.”
Having been raised in the Australian bush, he attended outback schools where the day was spent raising disputes about the size of one’s marbles, the glass kind and comparing serious notes on the weirdness of ‘bushies’. Although Eris managed to find his way to achieving a degree in medicine, he soon saw the error of his ways and returned to the bush. His wry sense of humour has that broad and cutting edge that is only found in Australia.
Eris prepares his own canvases and panels and does not like labels but if pressed would call himself a colourist, painting things and places Australian.
He is represented in many collections both in Australia and overseas. 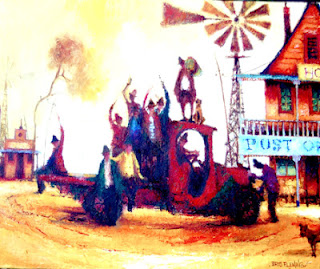 This is a collaborative exhibition in silver and on paper by Sydney-based, Sarah Whitlock, jewellery and object-maker, and Judy Whitlock, artist and printmaker, both of whom have fine reputations in the arts.

Having exhibited widely in Sydney and overseas, these two artists bring us superb and finely wrought art pieces that reflect their love of the wildness of nature and the Australian outback.

Preferring the wild and untrammeled, Judy gravitates to areas less populated, in order to collect new material; areas like Willandra Lakes Heritage Area in western NSW, isolated pockets of the Snowy Mountains, and her country retreat at Watagan. Trees are special subjects. Judy etches her images into silver and then makes a very limited edition of prints on paper.

Sarah, also located in Sydney and sharing the studio with Judy, is a contemporary jeweller with her own hallmark. In this show, her works are predominantly in sterling silver to create wearable art pieces of adornment and fine collectible objects from the “master plates” of Judy.

Posted by A note from the Director at 7:11 PM No comments:

Last night Glenn took out the Fire and Ice Sculpture prize with his strong creative work "On Thin Ice".  The sculpture will be at the gallery from next week along with his other works in the exhibition "...like a three ring circus". 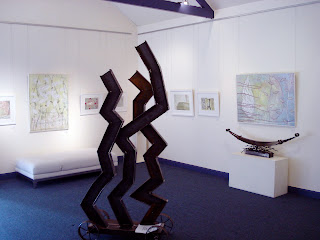 Sculpture now in place at the gallery along with the other sculptures in the exhibition.
Posted by A note from the Director at 5:13 PM No comments: 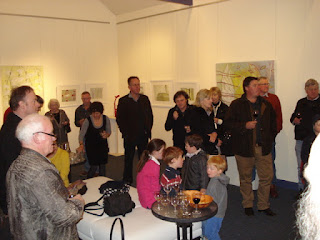 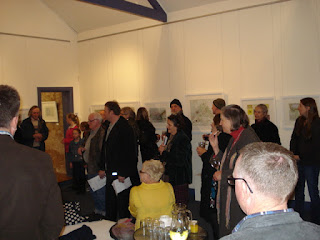 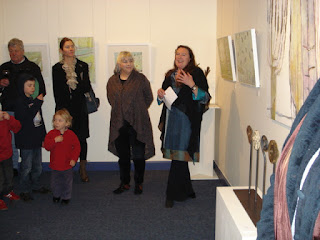 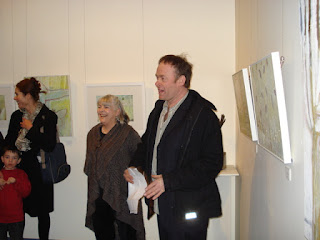 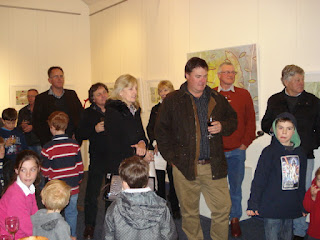 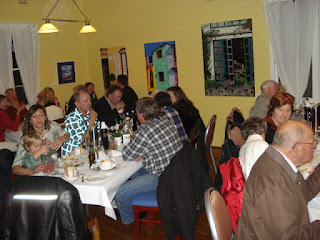 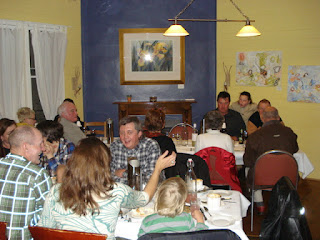 A great night with lots of fun and laughter, people from far and near joined the artists for dinner after the opening.  Good company, good food, a good night.
Posted by A note from the Director at 8:19 PM No comments: